ADOB® Mn IDHA – 9% is a specialty fertiliser specifically designed to supply plants with highly available manganese cations. Owing to a patented production process, ADOB® Mn IDHA – 9% is characterised by several unique properties. IDHA is a state-of-the-art, fully biodegradable chelating agent (75% degradation within 28 days), a trait which makes it the only environmentally-friendly synthetically-produced chelating agent on the market. The entire concentration of manganese in the product (9% w/w) is 100% chelated by IDHA, making it completely effective and fully available to plants. The fertiliser is formulated as fully water-soluble, free-flowing micro-granules without any impurities or dust. Due to the “raspberry” shape of the micro-granules, the product is not hygroscopic and is self-soluble, with no mixing required. The solubility of the product is 750g/l at 20oC.

This product serves as an effective source of manganese. It is mainly recommended for foliar application, especially for fruits and vegetables, since its biodegradability means no residues on the produce we consume. The product can also be used in fertigation and hydroponics at moderate pH conditions. It is recommended for preventive and corrective fertilisation in all agricultural and horticultural crops.

Manganese deficiency is high in plants growing in soils derived from parent material that is inherently low in manganese and in highly leached tropical soils. Manganese acts as a cofactor, activating about 35 different plant enzymes. The majority of these enzymes catalyse redox, decarboxylation and hydrolytic reactions. Manganese plays a primary role in the tricarboxylic acid cycle (TCA) as well as in oxidative and non-oxidative decarboxylation reactions. Moreover, Mn2+ is a structural part of three enzymes, one of which is superoxide dismutase (MnSOD). MnSOD protects tissues from the deleterious effect of the oxygen radical O2, which is formed in various enzymatic reactions. Major manganese deficiency symptoms include interveinal chlorosis of younger leaves in dicots and greenish grey spots on the older leaves of cereals. Other deficiency symptoms include inhibition of root growth, complete cessation of lateral root formation, reduced oil concentration in seeds, and reduced lignin concentration in roots (which in turn reduces plants’ resistance to root-infecting pathogens). ADOB® Mn IDHA – 9% ensures the quick correction of manganese deficiency and treats the above-mentioned physiological disorders. 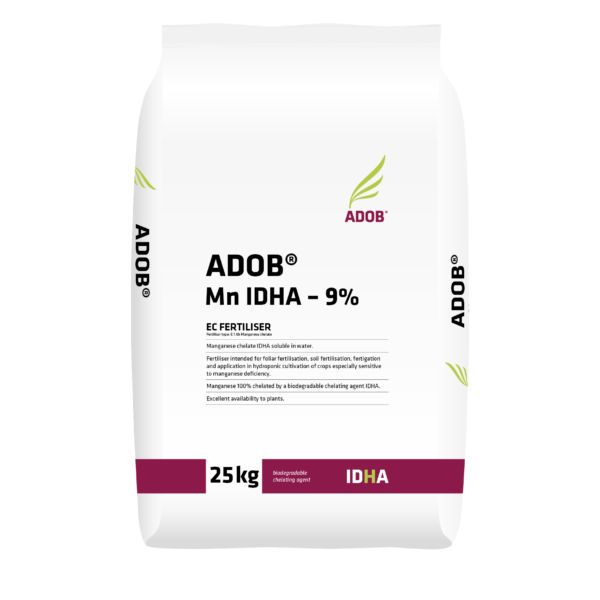 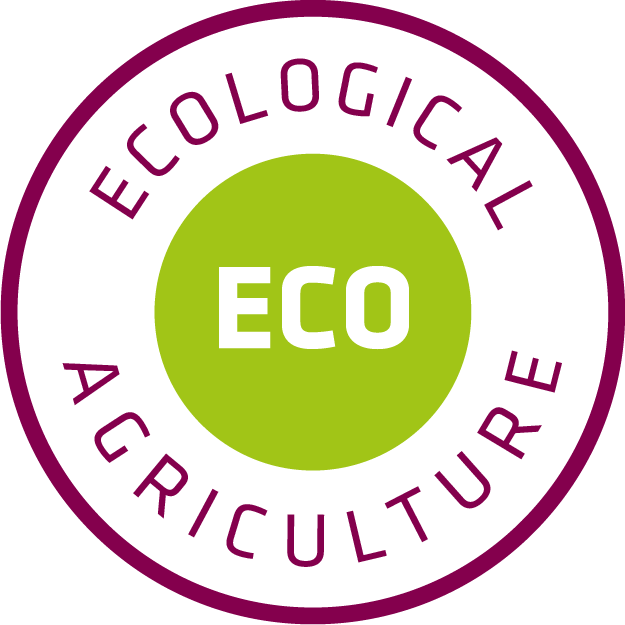